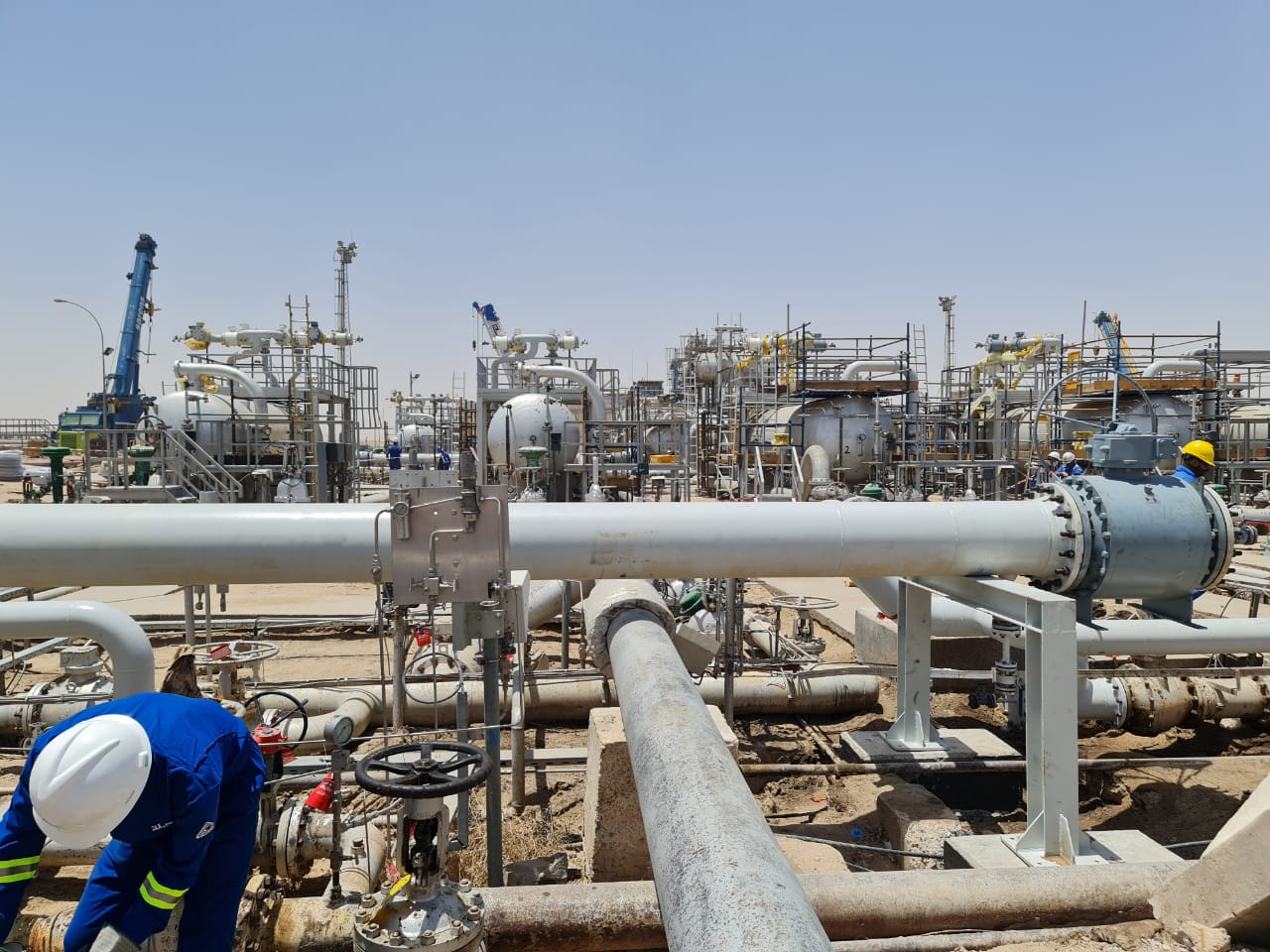 A TAR was recently carried out at Qurainat DS to allow for major work to be undertaken on trains A and B. The TAR, which was completed successfully in just 10 days and three days ahead of schedule, involved various teams, including the site team, Operations, Maintenance and Engineering, Control of Work (CoW) teams, TAR teams, Major Projects, Subsurface and Optimization teams, as well as external contractors.

More than 450 people were on site, all of whom adhered to the COVID-19 safety measures. Around 270 jobs were accomplished in which 18 cranes were used as well as several other heavy trucks. Key tasks completed included: tie-in integrations on the Free Water Knockout and Produced Water units, replacing more than 25 valves and installing eight electronic transmitters to control the valves. More than 30 old pipes were replaced with new ones and preparations for more than 10 pipes for future projects were completed. In addition to this, the teams replaced flares with new ones and replaced the air system with a modern version which has high quality pipes. All these jobs required the teams to work rigorously to eliminate many vulnerabilities and safety risks during the TAR.

Alaa Dakhel Alsalih, Qurainat Site Engineer, commented: “We worked as a family during these 10 days, accomplishing a tough job made easy through the teamwork and determination of everyone. I was proud to see such TAR management demonstrated by our Iraqi team and supervised by our expat colleagues, working together. The activities had to be performed in a congested area and this needed quick support and decisions from everyone to resolve urgent issues that were at times not included in the scope of work. Everyone maintained good communication and we saw high performance from our contractors too.”