Rumaila now has over 200 ESP online wells, contributing around 460,000 barrels of oil per day. ESPs are placed at the bottom of a well to add more energy to bring production fluids to the surface. Without electrical submersible pumps (ESPs), Rumaila’s current oil production would fall by around a third. Below, Adrees and Majid talk about their team’s recent efforts to prevent production losses. 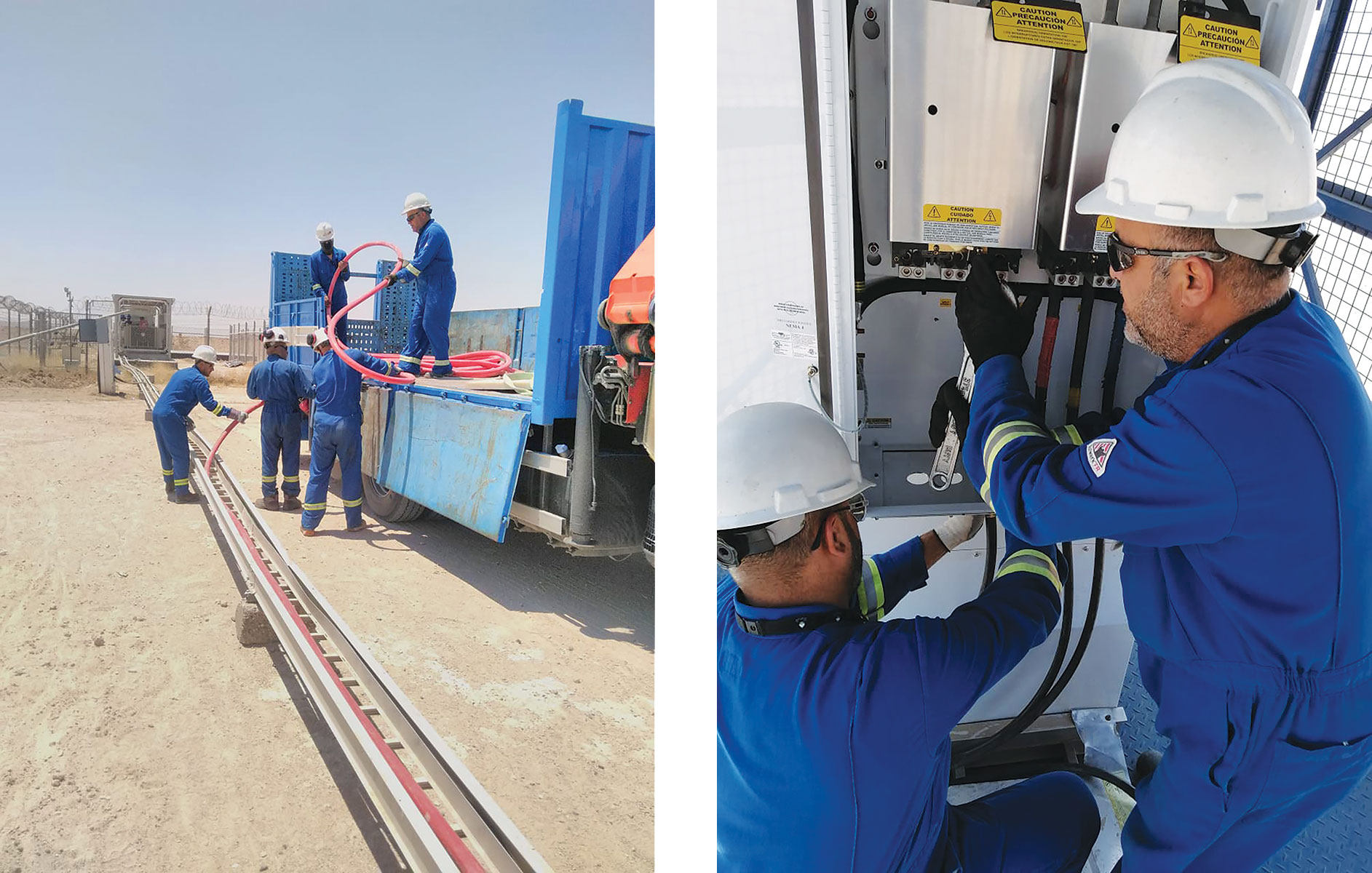 An example of the vital role the ESP Troubleshooting Team plays in maintaining ESP wells, was the occasion when the team brought back on-line ESP Well R-165, which prevented a loss of 1,700 barrels of oil per day.

To return the damaged ESP well back into service, the team had to act quickly. However, each of the seven mobile temporary operating units (MTUs) which maintain ESP operations until the damaged surface equipment is fixed, were busy undertaking other tasks at various wells located across the field. In order to make an MTU available, the team worked exceptionally hard to accelerate their work on a separate well in North Rumaila; once the task was done the MTU could be made available and moved to R-165 in the south of the field.

With the MTU brought onsite, the team could get to work on Well R-165. Its variable speed drive (VSD) – a crucial device that controls and maintains ESP – had been damaged and needed replacing. By pulling together, the team was able to fix the damage and get the well flowing again – with all activities completed within one day; a great example of the team understanding the urgency of their task and responding swiftly, without compromising safety or security.

Among the many achievements completed by my team, one occasion stands out – when we brought four ESP wells back online in only 20 days, a record time for the team! The surface equipment was damaged, so we had to dismantle the parts to be treated. The greatest challenge involved getting ceased well R-44 producing again, as most of its equipment needed replacing. We had to supply a new generator, a variable speed drive, ESP cables, fuel system pipes, and a lighting system cable and panel. We had to find the right materials at the lowest cost and source spare parts from other wells to avoid any potential delays waiting for the materials to arrive from the ROO warehouses. We then installed all the parts together, which was quite a delicate task to complete.

It really was a great job completed by the team; everyone pulled together to get the work done – this was another example of my colleagues working as one team. They are always resilient in the face of difficult tasks.