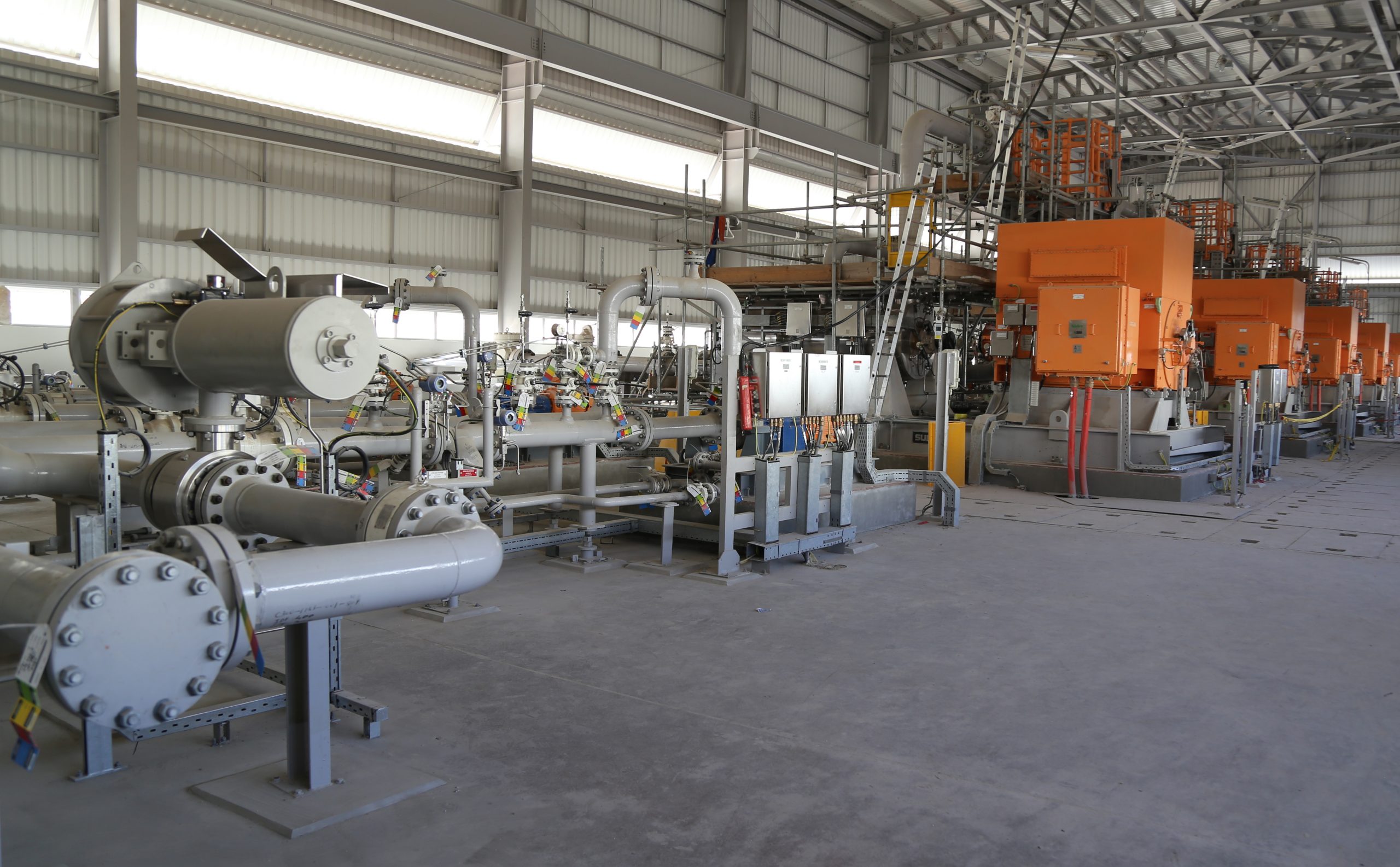 Basra, Iraq, November 2021: One of the most advanced water pumping facilities in Iraq has been constructed at the Rumaila oilfield to help boost oil production and support the field’s long-term strategy. Cluster Pump Station Six (CPS-6) is the first CPS facility to be built at Rumaila for around 40 years. It is also the first CPS constructed by the Rumaila Operating Organisation (ROO), the joint venture between the Basra Oil Company (BOC), bp, PetroChina and State Oil Marketing Organisation (SOMO), which operates the field.

Water injection is fundamental for sustaining Rumaila’s high volumes of oil production. After almost 70 years of extracting oil, gas, and water, Rumaila’s mature reservoirs have seen pressure levels fall; injecting water into the subsurface helps to replace this lost pressure and push oil and gas to the surface. Since CPS-6 has become fully operational, 18 formerly producing wells have been reactivated and around 63,000 additional barrels of oil per day are being produced for Iraq.

ROO Deputy General Manager, Hussein Abdul Khadim Hussein, said: “Rumaila’s daily oil production has increased by around 40% under ROO’s stewardship. Key to this has been the water injection strategy, which rose from around 250 mbds in June 2010 to reach peaks exceeding 1.5 million barrels of water per day (bwpd) in 2021. CPS-6 marks a new chapter as we extend water injection to the south of the field for the first time in more than a decade and will help us to maintain high oil production for years to come.”

Cluster pump stations pressurize treated industrial water to a specified level, which is then sent for injection into water injector wells in the field. With a capacity to inject up to 320,000bwpd, CPS-6’s features include digital monitoring of the site’s key equipment and components to manage pressure levels and ensure performance is maximized from the purpose-built control room. The site has a pumping house with five powerful Sulzer pumps, each individually capable of pressurizing up to 80,000bwpd; a manifold to direct water to 20 injector wells; 2.5 km of piping inside the facility; 75 km of supporting pipeline infrastructure outside the facility, and an office for staff.

Construction entailed more than a million hours of work, and the installation of 16,700 metres of electrical cabling, 1,721 flanges and 575 valves. Multiple logistical challenges had to be overcome in order to adapt to the pandemic and to create a COVID-safe working environment, which included erecting fences inside the compound to delineate which contractor could operate in each part of the site.

ROO General Manager, Orkhan Guliyev, said: “The full operation of CPS-6 is a major milestone in our drive to maintain oil production in the south of the field. For the past 11 years, water injection has been focused in North Rumaila – which has seen production increase by more than 150%. Safely injecting water in South Rumaila is a key part of ROO’s strategy for future success.”