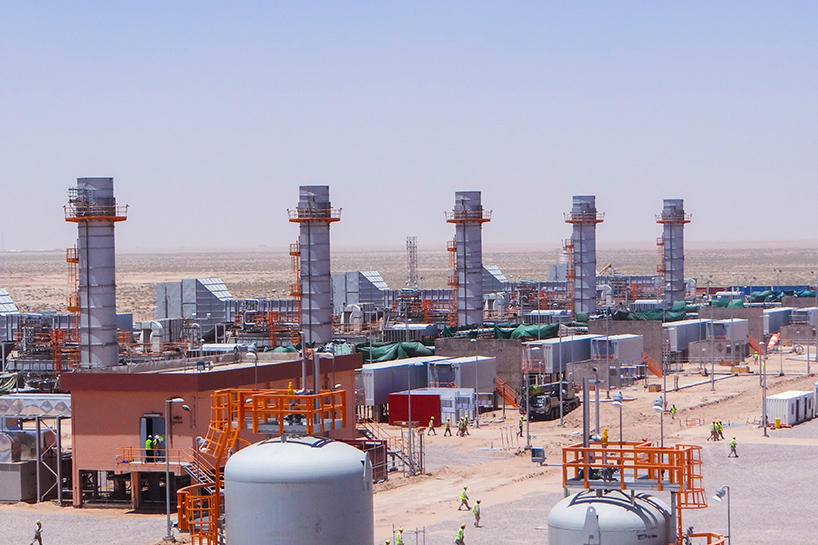 The Rumaila Power Plant (RPP) is now completed and fully operational. The plant was officially opened in a ceremony on 28th of March, attended by representatives from the Ministry of Oil, Basra Oil Company and the Rumaila Operating Organization (ROO).
The RPP is the largest single-value investment to date made by the ROO, the unincorporated joint venture between BOC, BP and PetroChina which manages the field. The RPP uses gas captured from the field’s own reservoirs to power turbines that generate the electricity that will help make Rumaila become more energy self-sufficient.

Up to 235,000kW per day will be generated at peak efficiency during the winter months and a minimum of 150,000kW per day in the summer, when high temperatures affect turbine efficiency. The capacity generated is equivalent to the electricity consumption of 23,000 typical Basrawi homes.

Around 500 Iraqis were employed during construction – which was project-managed and delivered by China Petroleum Engineering & Construction Corporation (CPECC). The state-of-the-art plant comprises five main areas: a lead control room which will monitor plant operations; five gas turbine generators (GTGs) and accompanying control rooms; fuel gas compressors to distribute cleaned gas to the gas turbines; gas insulated switchgear where electricity generated by the GTGs is transformed and made ready for export via overhead transmission lines; and a warehouse for storing equipment, materials and supplies. Construction and ancillary work involved the removal of 40,000m3 of earth, the laying of 800km of cables and 22km of pipelines and a total of over five million hours of work, all delivered without any safety incidents.

Rumaila is responsible for the highest oil production of any field in Iraq. Power demands for running a vast and complex operation are considerable, which historically have been met from a combination of electricity from the national grid and diesel generators. The ROO identified the need to find a more sustainable solution to its electricity needs and plans were initiated to build a power plant that would use gas from the field’s reservoirs to provide this power.

ROO General Manager Hussein Abdul Khadim Hussein stated: “This is a significant moment in the history of Rumaila. We are delighted that Rumaila can play its part in generating the power that will support the oilfield’s energy needs for years to come as well as free up much-needed energy capacity for the national grid.”

ROO Deputy General Manager, Ariel Flores, said: “We are delighted to see this project successfully come to fruition. The Rumaila Power Plant is only part of the broader strategy to modernize the Rumaila oilfield and make it a world-class operation. 2018 has already seen a new train commissioned that adds 80,000 barrels per days to the field’s production capacity and we continue to install new vessels at our facilities to support future production. The field’s transformation is well under way.”

ROO Special Deputy General Manager, Fan Jianping, added: “We are very proud to see the completion of this prestigious project and we are delighted by what has been accomplished. The extra capacity that this gives us will be key to the future stability and prosperity of the region.”