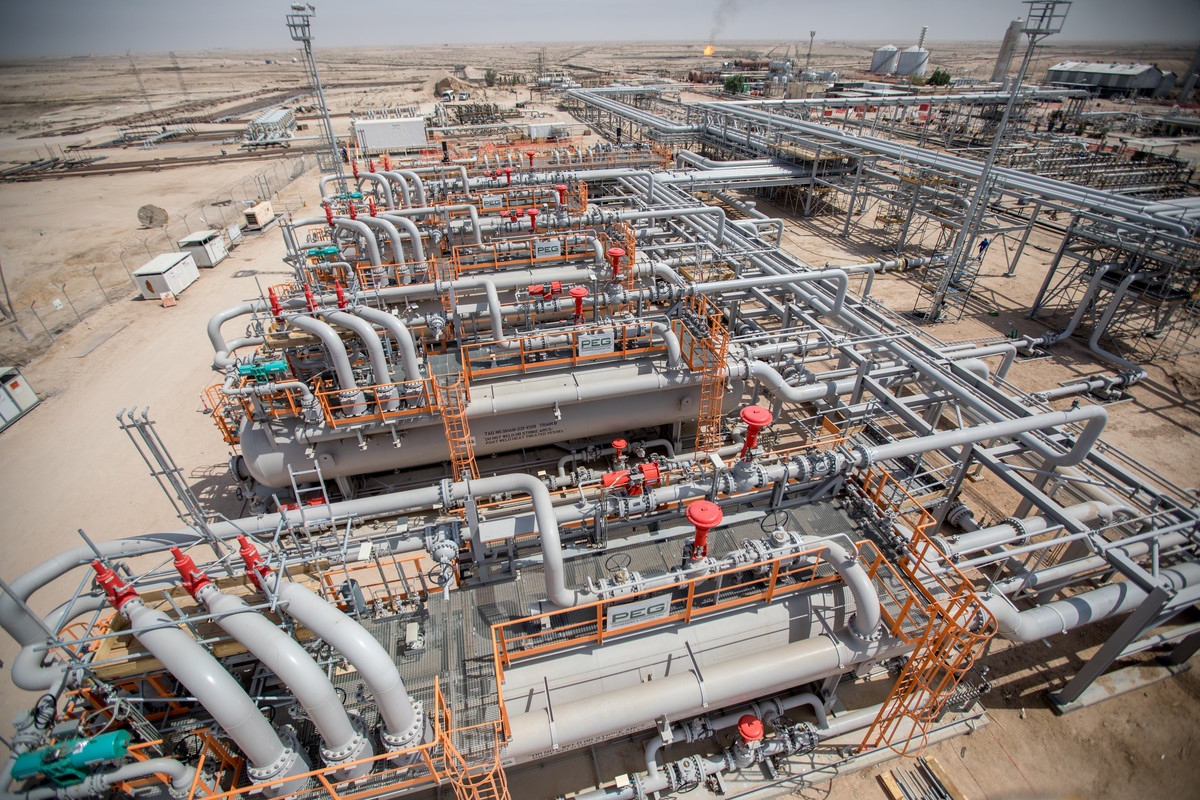 Basra, Iraq, January 2021: The Rumaila Operating Organisation (ROO) today announced that the Rumaila oilfield has reached the production milestone of five billion barrels of oil since ROO – an unincorporated joint venture between the Basra Oil Company (BOC), bp and PetroChina – began operating the field in July 2010.

Reaching this milestone represents a major achievement for several reasons. It comes in a year when everyone at Rumaila has had to show the highest levels of resilience to overcome the challenges posed by COVID-19. It also comes after several years of ROO having to address the significant issue of sustaining production from reservoirs where pressure is falling. While operational budgets and investment have been reduced as a result of the unstable oil price.

Basra Oil Company (BOC) Acting Director General, Mr Khalid Hamza Abbas, said: “We are delighted to recognise this important moment – a testimony to the success of the ROO Partnership. On behalf of BOC, I’d like to thank every single BOC staff member who has ensured that Rumaila continues to deliver successful oil production for Iraq, as well as pay tribute to the support of our partners, bp and PetroChina.”

ROO General Manager, Orkhan Guliyev, said: “Reaching this milestone is a positive outcome that demonstrates our ability to perform while transforming. Our Iraqi workforce together with bp and PetroChina’s specialists have worked together as one team, striving to achieve the common goal of delivering exceptionally high oil production rates for Iraq. Our relentless focus on safety has meant that we have been able to carry out our work while following stringent distancing and hygiene precautions. Everybody at Rumaila can take great pride in what has been achieved for the nation.”

Responsible for around a third of the country’s total oil production, Rumaila is Iraq’s greatest single source of revenue. The oilfield also makes a significant contribution to the local economy and society: some 94% of the Rumaila workforce are Iraqi and around $5.8 billion of contracts have been awarded to 185 Iraqi companies since 2010, covering 630 contracts – supporting tens of thousands of local jobs. ROO also provides support to local communities: more than 30 projects have been delivered by the Rumaila Social Welfare Fund including a CT scanner provided to Al-Sadir Teaching Hospital, Basra; new health clinics constructed; potable water piped to homes; training schemes set up; and new roads built.

In the last decade, daily oil production has increased almost 40%: from 1.066 million barrels per day (bpd) in December 2009 to up to 1.5 million bpd in recent years. Maximising production from reservoirs with low or declining pressure has become a key focus to sustain production. One of the world’s largest water injection programmes is underway to enable this, with some 1.45 million bpd of water injected each day – up from less than 60,000 barrels a decade ago.

ROO’s long-term strategy to transform the field has involved the introduction of world-class technologies, processes and procedures; the expansion of drilling and maximisation of well efficiency; the development of new skills for the workforce; and the prioritisation of safety. Outcomes have included:

ROO Deputy General Manager, Hussein Abdul Khadim Hussein, adds: “In such a tough year for everyone, reaching this landmark feels doubly significant. This has seen us not only continue to maximise oil from Rumaila’s mature reservoir, we have also been able to produce oil from reservoirs which historically had proved difficult to access. We are overcoming the geological challenges of Rumaila’s changing reservoirs, which bodes well for the field’s long-term future. I would like to say how much I appreciate the remarkable efforts of our national staff in delivering this achievement, despite the adverse conditions. They have proved once again their ability and dedication to attain goals under any circumstances.”

Rumaila Special Deputy General Manager, Fan Jianping, added: “Producing five billion barrels is a significant landmark, but we take great pride in the fact that we have achieved this within a safe working environment, especially in the face of the COVID-19 pandemic. We of course want to increase production, but equally we want Rumaila to be the pride of Iraq, which can only be achieved by having safety as the number one priority.”