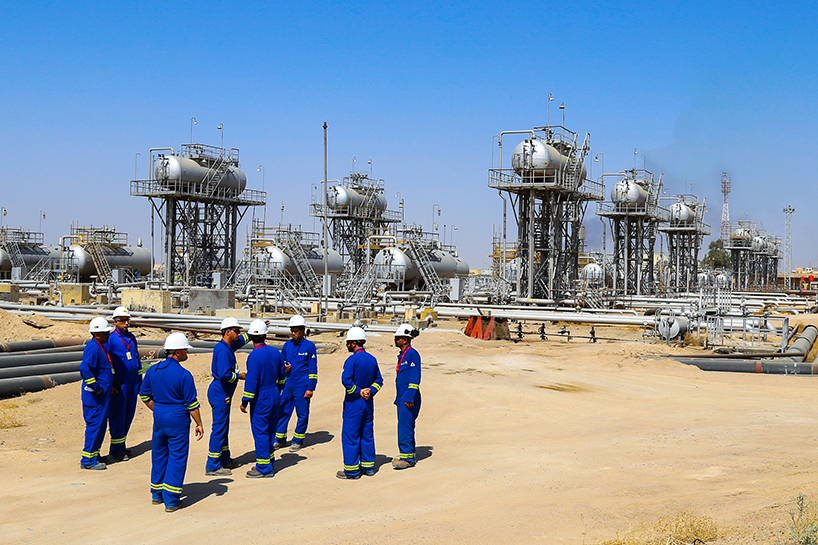 The 2017 Rumaila Annual Report submitted by the Basra Oil Company (BOC) to the Iraq Ministry of Oil highlights an eighth year of production growth under the stewardship of the Rumaila Operating Organisation (ROO).
Annual measured production for 2017 was 1.456 million barrels of oil (1,456 mbd), the highest since 1989 and 3.2% higher than in 2016. Among the highlights of the year were the 157 previously ceased wells brought back online; the continued water injection programme to boost production with 723,000 barrels of water injected, and the value of contracts won by Iraqi companies during the year was $810 million – almost double that of 2016.

Other key statistics from 2017 highlighted in the Annual Report are:

One of the main factors behind the increasing production rate is the unrelenting focus on modernizing the field’s facilities, processes and procedures. The Annual Report highlights the main developments in this regard during 2017 – most notably: installation and commissioning of a new advanced production train at Degassing Station 2; the construction of Rumaila’s own power plant; improving safety records, driven by improvement in Control of Work procedures and a focus on process safety; a continued reduction in the time taken to drill and complete wells; and the increased availability of real-time data from wells and degassing stations that allows for instant analysis and action.

Hussein Abdul-Kadhim Hussein, Rumaila General Manager, commented: “This has been another excellent year for Rumaila. Production is at record levels under ROO and we have met challenges with resolve and unity. That is good news for Rumaila and good news for Iraq.”

Rumaila Deputy General Manager, John Kurz, stated: “The continued focus on modernizing every aspect of the field is undoubtedly a key reason for the delivery of another successful year. Rumaila is being transformed into truly world-class field with the latest technologies, equipment and processes allowing us to optimize performance and maximise production.”

Fan Jianping, Special Deputy General Manager, added: “The ability of everyone in the field from BOC, PetroChina and BP to learn from one another and work together has been pivotal to our continued progress. Our thanks for this goes to every single member of our workforce, who have shown a great spirit of determination and the ability to work together as one team to achieve our goals.”

The ROO is an unincorporated joint venture between BOC, BP, PetroChina and the State Organisation for Marketing Oil (SOMO).